The blue ocean strategy might be an exaggeration. Still, building a product around peace, harmony, and sustainable growth is a beautiful idea. That was our motivation when we first started contemplating what would eventually become the Add-on Mart ecosystem. See, the quest for mutual profit is one of capitalism’s healthier aspects. So why not let other businesses earn money from our product?

Two thousand twenty-two marks MR100 and the 20th year on the market for PortaSwitch. It’s a bit like how things work with old-growth trees: being on the market for so long makes PortaSwitch a tree that’s tough and savvy enough to adapt and survive. Throughout these 20 years of product growth, our customers have tried various ways of adapting PortaSwitch to their needs. (And cutting our B2B margin in the process 😂.) Being a mature business, we decided not to fight these young sprouts but instead nurture (and monetize) them. The result? Welcome, Add-on Mart!

In today’s story, we explain how we came up with the idea for the Add-on Mart ecosystem, and lay out the backstory for its rules and principles. And as such “nerd values” are above legally binding documents, we are instead sharing our ideas as a way to get yours.

Conquer v. Trade: The Marketplace Model Through the Centuries

The Roman Empire has a big place in our human civilization history books. But, in fact, it really only existed for less than six centuries. It started with Julius Caesar’s rule in 56 BCE, then ended with the fall of Rome in 476 AD. On the other hand, the trading republics of Venice and Genoa survived much longer, and in much harsher environments. So what was the secret that helped these Italian maritime republics thrive?

In a Quora discussion about the Venice question, many pundits pointed to the Venetian trading mindset. Venetians preferred trade to conquest. And they always traded in essentials that were rooted in the leading technologies of the time: salt, sugar, soap, and fine glass. Of course, this trading approach didn’t mean Venetians had no army or navy. But their purpose was to assist in Venetian trade and diplomacy.

Venice and the Add-on Mart Ecosystem: Invite in Vested Interests

Venice traded in products it acquired from foreign nations. This is the place that coined the name Silk Road. What’s more, the Venetian traders widely applied the revenue-sharing model with their foreign merchant partners. Like the Add-on Mart ecosystem, this model helped create an intertwined network of vested interests. That helped protect Venetian trade by making sure that these foreign counterparties had a reason to preserve peace.

eBay grew into a healthy, profit-driven company that went public in 1998. (Thus making its founders billionaires, and inflating the dot-com bubble even further.) Among eBay’s other achievements was the acquisition of PayPal in 2002, which turned Elon Musk into a millionaire and helped him launch SpaceX.

Craigslist became a for-profit corporation in 1999. In January 2000, Jim Buckmaster joined the company as lead programmer and CTO. Then, in November 2000, Craig Newmark promoted him to CEO, a position Mr. Buckmaster has occupied for more than two decades. Meanwhile, eBay has had more than five CEOs during the same period.

eBay and the Add-on Mart Ecosystem: Assemble the Puzzles Fast

While eBay still makes 45 times less than arch-rival Amazon ($10.42B v. $469B in 2021), it’s still financially healthy. The keys to its success were its ability to grow fast, and a corporate culture that could rapidly integrate new teams.

Besides PayPal, eBay also owned Skype from 2005 to 2011 (at which point Microsoft acquired it). eBay even owns a substantial share of Craigslist after acquiring a 25% stake from former Craigslist executive Phillip Knowlton. This apparent conflict of interest led to a court battle, which eBay won in 2010.

Craigslist and the Add-on Mart Ecosystem: The Niche Approach That Ensures Longevity

Unlike eBay, Craigslist hasn’t changed much with time, be it the site’s design or its CEO. In an interview with NPR that marked Craiglist’s 25th anniversary, academic and author Jessa Lingel laid out a few reasons why the company has lasted so long. What follows is a quick summary of what she had to say.

The Factors of Craigslist’s Success, According to Jessa Lingel:

PortaOne is a niche player in telecom that’s still owned by its founders. So, our team examined Craigslist’s business practices (selective monetization in particular) when we were contemplating the Add-on Mart ecosystem.

Amazon first launched in 1994 as a bookstore (under the name “Cadabra, Inc.”). By the early 2000s, it had morphed into an “all-in-one” online store. You could see this change in the company’s now-famous “A to Z arrow” logo, which was introduced in June 2000. That same year, Amazon launched a new product called Amazon Marketplace to compete with eBay.

By the 2010s, Amazon Marketplace had become an international industry leader and a model for many regional imitations. Features like Sales Rank, 1-click ordering, and the A9 e-commerce search engine created revolutions (or accelerated evolutions) in their fields. They also paved the ground for Amazon Web Services (AWS) — now the major player in all things cloud.

In recent years, Amazon has come under heavy criticism on a wide range of issues, from labor rights to seller bullying. (We’ve got more to say on that last one soon.) But if one thing is known about Jeff Bezos, it’s his obsession with the customer-facing approach. Sellers hate it. Prominent vendors even started avoiding selling their products on Amazon because of it. However, 1.6M packages per day speaks for itself. We take the same approach with Add-on Mart: do whatever you think works so long as it’s legal and benefits our PortaSwitch customers (and team).

In 2003, the founders of a young start-up called Salesforce — Marc Benioff, Parker Harris, and Dave Moellenhoff — traveled to see Steve Jobs in Cupertino, California. Benioff (CEO of Salesforce) had begun his career in the software industry in the 1980s as an intern at Apple. Jobs, frankly, went ahead and trashed the Salesforce demo (as was usual of him). Still, the meeting ended with what turned out to be a pivotal exchange (according to Alan Trapulionis):

Before writing this story, we thought Steve Jobs was the first to launch an online marketplace for software applications (hello, App Store). Well, that turns out not to be the case. But he was still the most determined and successful one to try (as usual). And Jobs did kinda play a role in the actual first software marketplace. That was the Salesforce B2B marketplace for plugins, called AppExchange, which Benioff obediently launched in 2006. Apparently, he did eventually figure out what Jobs meant by the application economy. Job’s own App Store followed in July 2008. Salesforce’s revenue in FY2022 was $26.49B.

Steve Jobs, the App Store, and the Add-on Mart Ecosystem: Sell to Developers (and Be a Good Mentor to the Best)

There’s a funny follow-up to Benioff’s story. He ended up registering the App Store domain name and trademark (as he says in an interview with TechCrunch). When Jobs announced his own “App Store” from the stage in Cupertino, Benioff gifted the trademark and domain to him in gratitude for his earlier advice.

The idea of selling the platform (iOS) to developers proved a massive success. The iPhone App Store launched on July 10, 2008, with 500 apps. By June 2009, there were over 50k apps and 1 billion downloads. In August 2008, Google launched its competing Android Market, causing Jobs to declare a “thermonuclear war” between the two tech giants.

Interestingly, in 2001, Google co-founders Sergey Brin and Larry Page invited Jobs to step up as Google CEO. Jobs refused. Eric Schmidt took the position instead (although there is an “alternative reality” discussion on Quora). Jobs did, however, accept a mentoring offer from Brin and Page, and Schmidt sat on the Apple board from 2006 to 2009. (Right in time for the App Store v. Android Market drama.)

Getting the Docs and the SDK Ready

Why didn’t Apple launch the App Store in 2007 during the original launch of the iPhone? Sure, experts talk about risks to the iPhone (whose success wasn’t yet guaranteed), market readiness, and security. But the primary reason was Steve Jobs himself. He initially resisted the launch of the App Store ecosystem, fearing a “shitty” experience for both developers and his end customers.

But Jobs did change his mind. Was it rumors of the Android Market launch that did it? Of course, Apple approached the subject with its trademarked meticulousness. They announced the iOS SDK in late 2007, and Scott Forstall released it to the public in March 2008. The SDK still has primarily positive developer reviews as we write. Plus, Apple maintains a documentation portal that provides comprehensive (true: opinions vary) sets of information to developers willing to join the iOS ecosystem.

Web apps usually need an API, not an SDK. We are now creating a self-deployment mechanism for the Add-on Mart. This will allow an administrator from the operator’s side (is this you, dear reader? or your colleagues?) to activate new modules or change the parameters of the ones you already use (say, relaunch it in another datacenter) using only the web UI. Even better, as there will be no human bottleneck, the changes will take effect almost instantly. We’re doing a few things to make this happen:

We also fully reorganized our documentation and created the PortaOne Documentation Portal to make life even easier for those of you who are willing to become a part of the Add-on Mart ecosystem.

Add-on Mart Ecosystem… To Be Continued

You might be interested in reading the second part of this story on the Add-on Mart ecosystem. In it, we’ll continue our quest for inspiration, and look at how Google Chrome and WordPress built their plugin economy; how UpWork, Fiverr, Uber, and Glovo helped launch the gigs; and how Zendesk and SAP became the “integrations kings.” Finally, we’ll spice the second part up with a few painful lessons from all those wonderful teams and businesses and explain how we made plans to avoid those miscalculations. Have questions or want more information? Please contact Klaus at klaus.haertel@portaone.com.

Publishing Your Apps to PortaOne Add-on Mart: DOs and DON’Ts

The CPaaS Ecosystem: Discover Corporations, Vendors, Telcos, and the Future 🔮 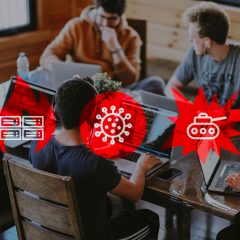 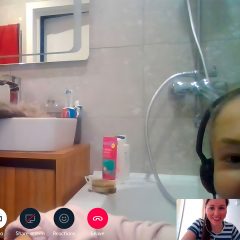 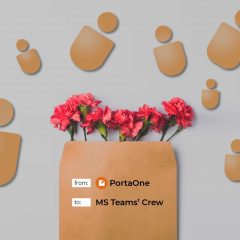 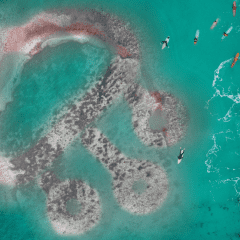 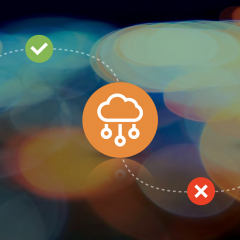 Publishing Your Apps to PortaOne Add-on Mart: DOs and DON’Ts 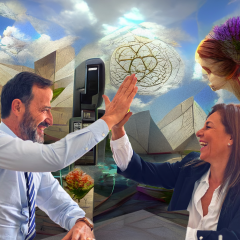 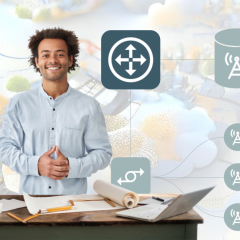 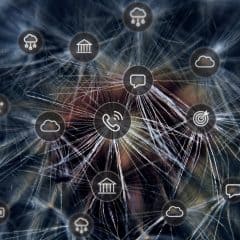 The CPaaS Ecosystem: Discover Corporations, Vendors, Telcos, and the Future 🔮 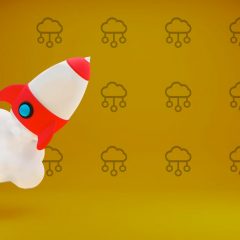 Players and Factors to Consider While Selecting CPaaS: How PortaOne Can Guide Your Business Through All the Drama 🍿 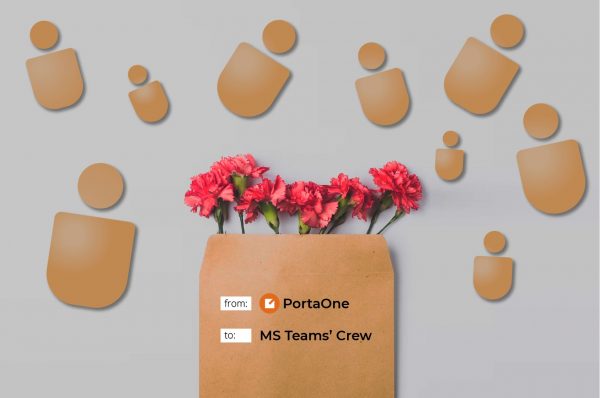 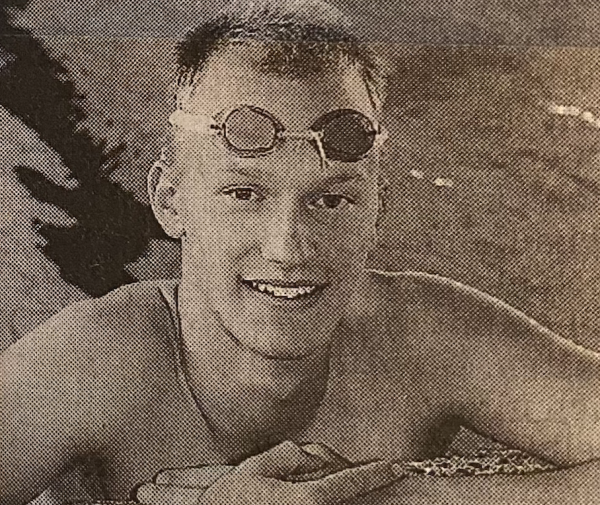 How to Build Win-Win Partnerships with PortaOne: Think 🇨🇦 Canada and 🏊 Swimming!